Chapter 5: Side B (determinant)

This article is meant to give a deeper and more detailed look at the relationship between Alex Chen and Steph Gingrich, also known as Chenrich, and its development throughout Life is Strange: True Colors.

After Alex enters the record store, she sees Steph dancing around inside a radio broadcast room. After noticing Alex, she smiles and shows her two records, requesting her to pick one. Once Alex makes a selection, Steph begins her broadcast. Later, Steph then comes out of the broadcasting room arguing with someone on the phone. This causes Alex to see a red aura around Steph while unwillingly mimicking her angry behavior. After Ryan calms Steph down and offers to fill in for her, Steph leaves to handle the situation.

Alex later meets Steph again in the Black Lantern where they play a jukebox game. Whoever loses must drink the green-colored wine on Steph's table.

Steph comes to Alex's apartment and she invites her in. After telling Alex to ignore the argument, they talk about Gabe and Alex's guitar before Steph notices a wine bottle that says "foosball champion", causing her to become upset. To help her, Alex goes into Nova where she learns that Gabe's death and her inability to beat him at foosball is the cause of her pain. She then decides to have Steph play a game of foosball to cheer her up. While playing, Alex talks to Steph and learns that she was once in a band. After three games and regardless of who wins, Steph leaves to return to work.

Alex later visits the record store, where she learns that Steph is busy planning the LARP for Ethan and has Alex pick a final boss from two drawings. After selecting one, Steph also suggests that Alex can sign up as a character for the LARP in the form on the front desk, which she can optionally do so.

Later at night in the record store, Steph plays a song in honor of Gabe. She can later be seen among the townsfolk watching a sky lantern dedicated to Gabe.

At the start of the chapter, Alex and Ryan tell Steph about Alex's powers and Alex uses it on her to prove it. Recalling that Diane was working with her laptop earlier and remembering her fear from the previous chapter, Alex suspects that she may be working for Typhon and plans to learn the truth from her. After Alex returns to talk to Ryan and Steph, they have already formed a plan, but it isn't well thought out. Seeing Diane come in and sits at a table to work on her laptop, Alex can have Steph act as the distraction while she swaps Diane's flash drive. After they excuse themselves, they head to Alex's apartment to try and decrypt the drive using Alex's laptop, but it is password-protected. Ryan sends it to Riley to see if she can access it. Steph then leaves to prepare for the LARP and reminds Alex to bring her guitar and bard hat.

During the LARP, Steph dresses like a witch and has decorated the inside of the record store to make it look like a magic shop. They have the option of buying helpful items. To buy the gem, they will need to get a special type of scale from a serpent (once again played by Ryan). They must either put it to sleep (if they have the sleeping potion) or defeat it.

Alex returns to her apartment where she finds Ryan and Steph waiting for her. It turns out that they had finished unlocking the drive. She then begins to listen to the messages inside it. If she took Charlotte's anger earlier, Alex will get angry and throw Gabe's foosball winner whiskey at the wall, causing Steph to storm out while Ryan goes after her. If she didn't, she won't destroy the whiskey and Steph won't leave and will instead stay to help Alex. If she and Ryan stay with Alex, they will learn that Diane is part of a project called Rhea, which reveals that the explosion was a decoy meant to cover up another explosion and that they were trying to bury something.

Alex meets Steph at the Spring Festival along with Ryan, who comments on Alex's skirt before they are interrupted by a loud screech from the speakers. If Alex got angry in the last chapter, she will apologize to them and Steph will claim that she is the one who needs to apologize. Ryan and Steph then continue to work on the speakers. Alex also has the option to give Steph a rose. Once they are ready, they have Alex go onstage with her guitar, to her dismay. Alex nevertheless begins singing her song with Steph playing her drums alongside her. After the performance, they receive an applause. If Alex formed a romantic relationship with Steph, they will meet at the Black Lantern rooftop to spend time with each other. Depending on earlier choices, they may share a hug or a kiss.

Steph is among the people taking part in a meeting hosted by Diane and Jed. They are interrupted by Alex. She and Ryan are horrified to see that Alex has been hurt and suggest taking her to a doctor, but she dismisses their concerns. She then tells everyone the truth and what really happened at the mine; Jed had lied to everyone about saving all the miners. Steph will side with Alex regardless of her choices. If Ryan is not convinced, Steph will get into an argument with him.

Some time later, Steph will visit Alex if she formed a romantic relationship with her. She states that she intends to leave Haven Springs, but also decides that she wants to stay with Alex if she chooses to and even tears up her ticket to ensure that; Alex must make the decision for her. Gabe's future visions then determine Steph's fate. If Alex and Steph have formed a relationship with each other, the following events happen: a bus leaves and Alex is shown on the bridge with Steph, Alex works at the record store with Steph, Alex plays a tabletop game with Steph and Ethan in the Black Lantern, Alex plays guitar for Steph on the rooftop, and Alex watches the sunset on the bridge with Steph. If Alex did not form a romance relationship with Steph, she will leave town and give the record store to Alex.

If Alex chooses to leave town, Steph will be seen boarding the bus with Alex (only if Alex had formed a romantic relationship with her). 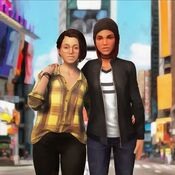 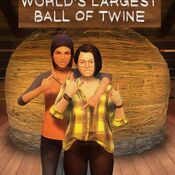