"The Bigfoots' stomp... I should develop some school spirit. Go team." — Max in "Chrysalis"

The Blackwell Bigfoots are the football team of Blackwell Academy. The club's name could be based on the rumors of a Bigfoot living in the forests of Arcadia Bay.[1]

Across the Blackwell campus, there are many references to the team in the form of posters and flyers.

Dana Ward also mentions the impending Bigfoots vs. Razorbacks game on Friday (the day of the tornado). The game will begin at 7pm on the Blackwell field. Dana herself is a big fan of the Bigfoots, made evident by a banner for them being hung up in her room, and her slate, eager for the team to win.

As mentioned on the banner above Blackwell Academy's main entrance, the Bigfoots got the following results over the past years: 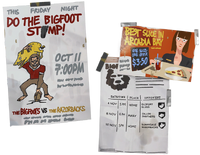 Flyers from a Blackwell campus noticeboard. 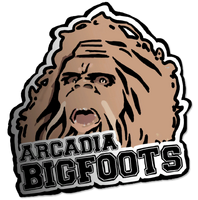