Life is Strange Wiki
Register
Don't have an account?
Sign In
Advertisement
in: Characters, Characters (Season 2), Season 2,
and 8 more
English

"I come from a family with money but... no soul. I took off after school and never looked back... Now I write stories for zines and websites, do podcasts... protest. Try to make some positive change." — Brody Holloway to Sean Diaz in "Roads"

Brody Holloway is an online travel journalist and activist who meets Sean and Daniel Diaz in Episode 1 of Life is Strange 2.

Brody is an optimistic, romantic soul who believes he can make a positive difference in the world. His main rule, as told to Sean, is to never get cynical, because then he would become just like his parents who he left behind. He lives in solitude and does not often get lonely as he is an introvert and works at his best when he is alone and in the zone.

Brody is warmhearted and caring about the struggles of people around him. He takes Sean and Daniel on a five-hour drive on a whim and provides them with advice, a backpack, money, and a motel room for the night.

While in the car ride, Sean can discuss race issues with Brody, who sees the injustice faced by minorities but believes it will get better if everyone works together.

Brody is non-violent and disapproves of Sean's behavior if he brags about knocking out the gas station owner and stealing the camping gear, even if he did deserve it. While Brody mentions marching in protests, he is law-abiding and has a strong sense of morality. It is unknown what his reaction would be to Daniel stealing a dancer figurine from him, as it is currently not possible to contact him about it after the theft is discovered. He does not mention the theft in the blog post he writes about the brothers after helping them, so it is unknown if he noticed the hula girl missing.

If Sean asks if Brody is famous, he says he is well-known within his small circle of writers and publishers, and that is all he desires.

Even though Brody is estranged from his mom, he desires to return to Utah immediately to meet her as she is undergoing cancer treatment.

Brody has medium-length slicked back brown hair, a full beard and mustache, and black square-framed glasses. In "Roads", his outfit consists of a maroon zip hoodie over a white graphic t-shirt, baggy blue jeans, and faded brown hiking boots. While outdoors, Brody dons an olive-colored hooded jacket with an eagle logo on its right chest, as well as a faded dark blue messenger bag with two patches attached. While leaving Bear Station, Brody can briefly be seen wearing a bright blue baseball cap with a logo across its front that reads "HANGERS".

Brody mentions that he descends from a wealthy family in Utah, though he is somewhat estranged to them since he took off to travel after graduating from high school. He had a fallout with his brother who he now calls his "ex-brother". Sometime in the past, Brody's mother became inflicted with cancer and has been growing worse in condition, causing Brody to undergo a trip to visit her in Utah during the events of "Roads".

Sean and Daniel first meet Brody at Bear Station. He talks to Daniel and later to Sean, explaining he works as an online traveling journalist and is in the process of researching a nudist community. Later, as the brothers eat at a picnic table outside, Brody asks the brothers where they're going as he's leaving the store before heading towards his car.

After Sean and Daniel escape from Hank Stamper's back office and run into the woods, the two find Brody sitting in his car, where he takes the brothers in after they explain their situation and drives them onto the highway. During their drive, Brody talks about his estrangement from his family and his social activism, which includes writing published stories and participating in protests. After taking a pit stop at Otter Point, Brody consoles Sean after he breaks down and urges him to tell the truth to Daniel about their father.

Upon reaching Three Seals Motel, Brody books a room for the brothers. He offers a larger backpack to Sean and an old bandanna of his to Daniel (which is then passed on to Mushroom), and wishes them good luck before driving away. Later, Sean finds a note written by Brody, saying that he wished he could have continued with them, but he has to visit his mother, who has been losing her battle with cancer and left whatever money he had left to him. He tells them he can be contacted via his blog, "A Tribe Called West".

While Stephen and Claire are at church, Sean can look up Brody's blog on Stephen's laptop, where he finds that Brody has published an article titled "On The Edge" surrounding his encounter with the brothers and how it affected him (without revealing their identities).

Sean can also read Brody's article about the nudist community that he was writing at Bear Station, entitled "The Nude Age". If Sean saw Brody's computer screen at Bear Station, he remarks that it isn't creepy like it originally seemed to him; otherwise, he comments on how Brody makes everything interesting.

While at the drifters' campsite in Humboldt County, if Sean chooses to stay at the campfire, Finn and Hannah reveal that they have casual sex together and with others. Depending on his choice, Sean can mention that he'd never thought about it until he met "this crazy cool guy on the road". He paraphrases Brody's words from their conversation at the gas station, saying "People should do what they want... long as they don't bother anybody."

While staying at Karen Reynolds' Arizonan community, Away, Sean is able to look at Karen's computer and read a post of Brody's from May, entitled "You Can Go Home Again". Within it, Brody details his return to Utah to visit his mother and brother, the former of which had weakened considerably and was on hospice care. Brody's mother apologized for the factors which kept them apart over the past years; as the three cried together, Brody notes that he felt the tension between them had "[blown] away to dust." After her passing, Brody discovered a hoard of his essays she had kept from his school years, causing him to break down.

Brody reveals that he had decided to stop travelling for the time being and taken on his family's estate, believing that he could help people with the resources it provided. He expresses the intent to move onto countries outside of the U.S. in the future such as Canada or Mexico, signing off to his readers with: "The road never ends."

After Episode One - "Roads"

"Do not drink that coffee if you like coffee."
— Brody to Sean at Bear Station in "Roads"

"It's not as weird as it seems, though. These people, they only wanna live a normal life. Just... naked. I mean, if they're not harming anyone, who's to say they're wrong?"
— Brody to Sean at Bear Station in "Roads"

"Everything is political, Sean."
— Brody to Sean during their car ride in "Roads"

"Man. Look at that... Oregon is like the edge of the world..."
— Brody to Sean looking over Arcadia Bay in "Roads"

"You may not see it but... What you and your brother have is the most important thing. He needs you. And you need him."
— Brody to Sean at Otter Point in "Roads"

"Sorry, I'll probably think of a better "goodbye" when I'm on the road, but... until then... Take care, my dudes."
— Brody's parting words to Sean and Daniel in "Roads"

Like Hank Stamper, Brody is depicted as a bear in the episode intro animations. He is even explicitly called a bear by Sean in the opening cutscene to "Rules". However, Brody is a friendly bear. Despite all the indication in "Roads" that bears are dangerous and that even Brody himself may be creepy, he turns out to be an angel despite his exterior.

This may be part of the first episode's allegory for racism. While many white people (bears) are 'hunters' who are unsympathetic to the brothers' cause, there are still allies in the world who recognize the injustice and care about their plight. 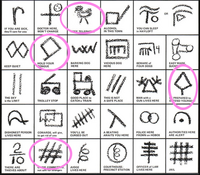 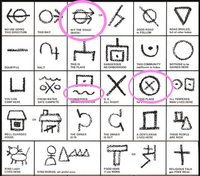 Brody introducing himself to Sean at Bear Station.

Brody pointing towards Sean and Daniel as he leaves them at Bear Station.

Brody in his car after Sean and Daniel come up to his window.

Brody driving his car at night.

Brody pointing towards Sean and Daniel as he leaves them at the motel.