Edouard Caplain is a French concept artist and illustrator working at DONTNOD Entertainment since October 2012. Next to his work on DONTNOD's first game, Remember Me, Caplain was heavily involved in the pre-production and visual development of the studio's second game, Life is Strange, as one of the main concept artists, and influenced the aesthetics of the game greatly.[1] He worked on the stand-alone precursor game The Awesome Adventures of Captain Spirit and is currently working on Dontnod's second season of Life is Strange.

The first project Caplain worked on as a concept artist was a game called The Outsider at the British studio Frontier Developments in 2008, but the game got cancelled before release. Later on, he moved to London to work on his second project, a game called WarDevil: Unleash the Beast Within at Digi-Guys before going off to join the Creative Assembly to work on Alien: Isolation, a project Caplain is very proud to have been a part of. Two years later he moved back to Paris and started to work at Dontnod Entertainment.[1]

Work on Life is Strange

Life is Strange is the first game Caplain worked on from start to finish, over the span of three years.[1]

Caplain has always loved drawing. He enjoys bringing his own ideas to life, but he also likes to work in a team since it gives you the opportunity to share your work with other artists regularly and get their feedback.[1]

"Working in a team and having the opportunity to share your work with other artists every day as well as seeing how excited the 3-D team gets when you get something right is all very fulfilling." 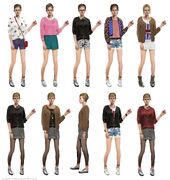 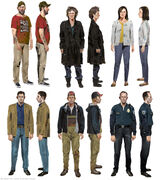 Characters around the diner 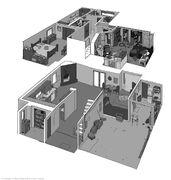 Cliff at the lighthouse

Train tracks in "Out of Time"

Frank's RV in "Out of Time"

The Storm in "Polarized"

Concept art for a cut scene in "Polarized"[2]

An exterior shot of the Diaz Household.

Daniel eating in the kitchen of the Diaz Household.

Sean and Brody at Otter Point.

The bus driving off at the end of "Roads".

The following images are a set of quick sketches for Life is Strange that were made before painting:[4]

The following images were shown to Square Enix early on to explain the gameplay in Life is Strange:[7]

In-game screenshot
Note: This image was taken using a freecam.
. 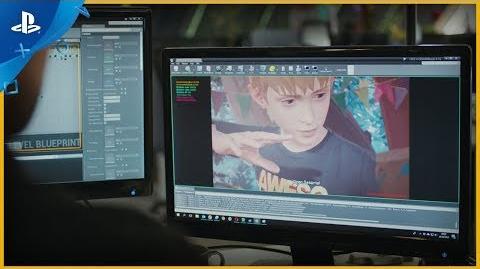