Firewalk is a punk rock band that is featured in Life is Strange: Before the Storm. In Episode 1, "Awake", Chloe Price goes to the local punk club wanting to see the band's gig.

The band is having a concert at the old mill. Trying to get as close as possible to the stage, Chloe bumps into two skeevy guys and spills their beer on them. She then manages to watch the concert from the second floor for a short time before the skeevy guys return and threaten her. Chloe is rescued by Rachel Amber, and the two girls are shown dancing among the crowd.

The next morning, DJ Stan Stanwick is talking about last night's Firewalk concert on the radio broadcast "The STYR!", and two of their songs are being featured: "Are You Ready For Me", and "Lights, Camera, Meltdown".

The banner used at the concert.

Firewalk playing at the punk club. 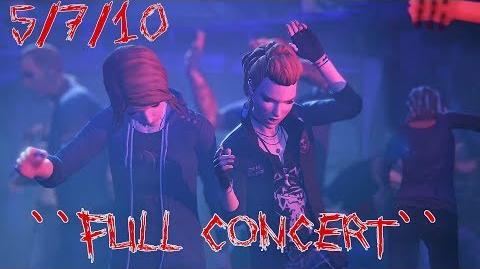 Life is Strange Before the Storm Firewalk Full Concert 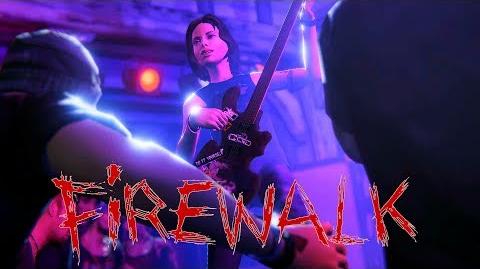 FIREWALK Unused Song Life is Strange Before The Storm