This article is a stub. You are welcome to help filling it with information.
A Community Meet & Greet was held at the Gamescom 2017 in Cologne, Germany, on August 24th, together with Lead Writer Zak Garriss, Producer David Hein, Game Designer Alejandro Arque, and Community Manager Toby Palm. It followed up on a cosplay shooting at the Square Enix booth where fans at Gamescom were able to play the Life is Strange: Before the Storm demo. 100 people attended the meet & greet event which took place at a local restaurant in the evening; fans had to register online to be able to attend. 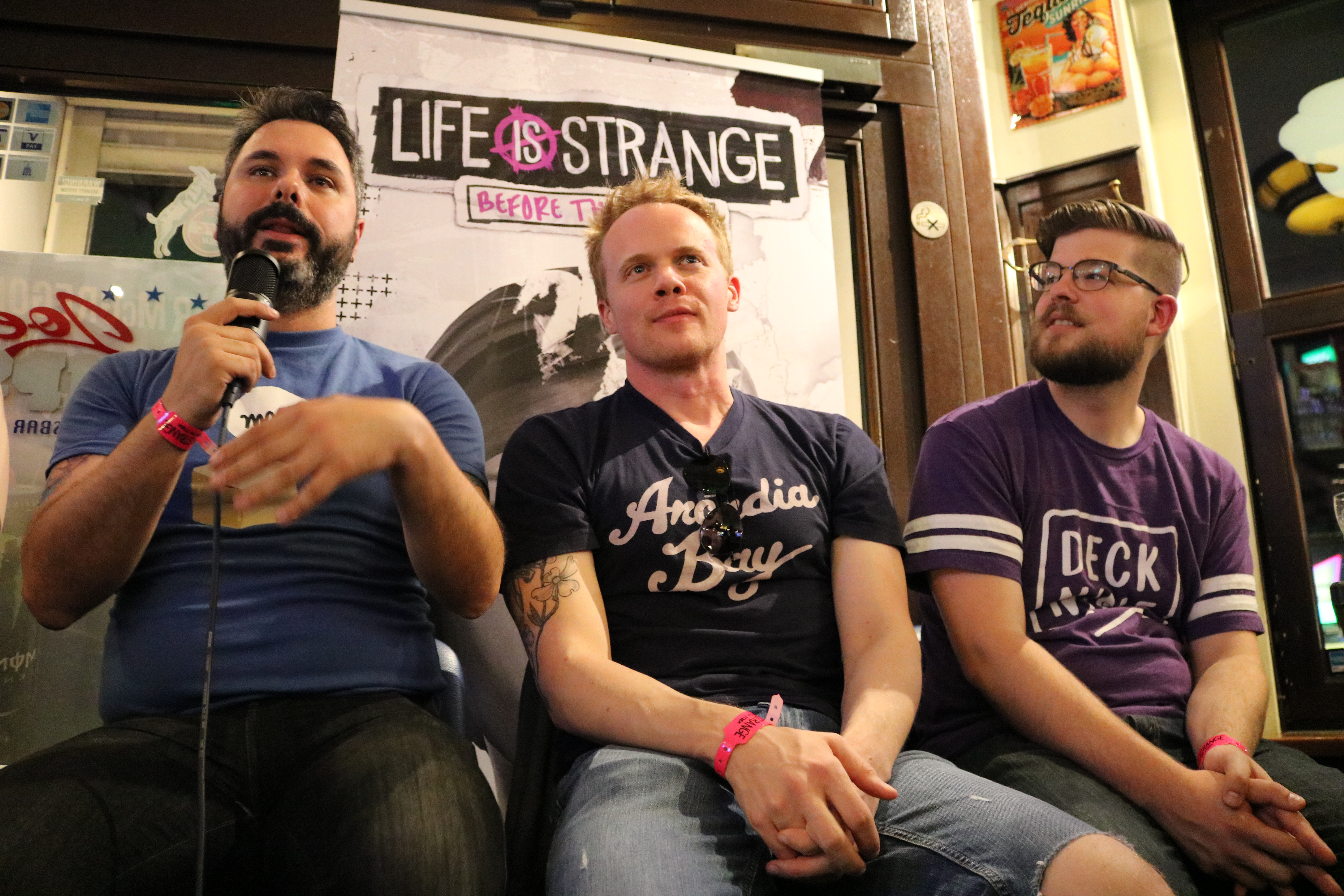 Toby Palm: ... "Deck Nine has five writers, and Zak is the lead-writer, so he will most likely be mostly responsible for the times when you guys break down in tears. And all the dank memes... Grill Dad, was that you? Grill Dad?"

"So Alex is the designer on the Life is Strange brand over all. He worked on Life is Strange: Season 1 as a designer at Square Enix. [to Alex] So you worked with Dontnod, and right now you're working with the Deck Nine guys

Question 1: Does the game has several endings? Like, maybe more than two?

Question: What in your mind was the most challenging part to do?

Zak Garriss: "The most challenging part of Before the Storm... I think it also is the most satisfying part of the story." ...

David Hein: "So, from the production perspective"...

Fox and Wolf Cosplay as Nathan and Victoria. 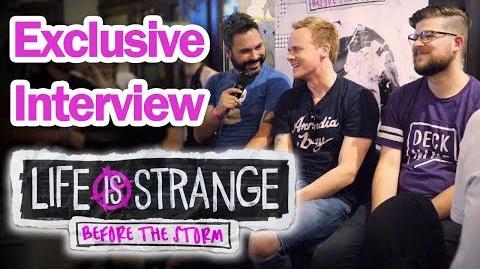 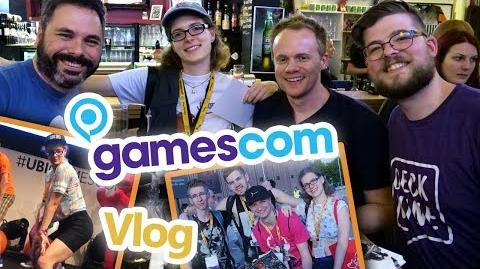