Hawt Dawg Man is a recurring anthropomorphic hot dog that appears throughout the Life is Strange franchise, originally seen as a figure in the alternative timeline in Chloe's bedroom. He has become a recurring pop cultural figure within the Life is Strange universe and is the subject of a franchise that includes console games, phone apps, comic books (licensed by Aweso Comics), and an animated television series.

Within the fan community, Hawt Dawg Man has become the subject of many jokes, theories, and fan art, and is depicted on several items of official Life is Strange merchandise.[1] He's refered to as the "iconic Hawt Dawg Man mascot" by Square Enix.[2] 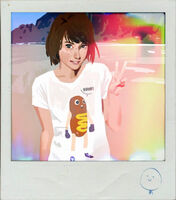 Calendar in the general store ("Polarized").

Toy in the general store ("Polarized").

Chloe's Hawt Dawg Man outfit from the Before the Storm deluxe edition.

Eliot's phone game in (Before the Storm's "Brave New World").

Eliot's balloon (Before the Storm's "Hell Is Empty").

The cover of Chris' "The Handsome Hawt Dawg Man" issue. 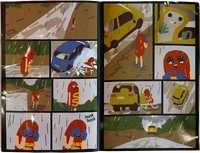 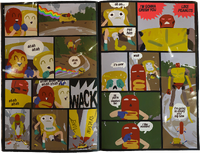 Chris' drawing of Hawt Dawg Man facing off against an enemy.

The fan site on Charles' computer. 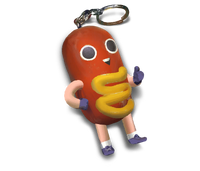 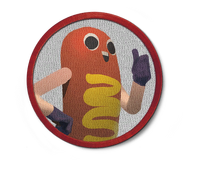 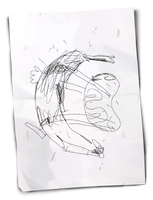 The drawing of a banana and Hawt Dawg Man ("Wastelands").

The app on the tablet's home screen. ("Faith")

The women's t-shirt from Insert Coin Clothing's Before the Storm collection.

The men's t-shirt from Insert Coin Clothing's Before the Storm collection. 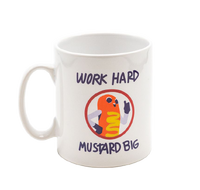 The mug reward from the Square Enix store. 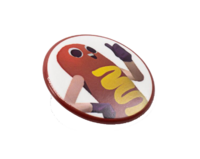 The button reward from the Square Enix store.