Some inconsistencies exist in Life is Strange: Before the Storm, perhaps as a result of its episodic nature. The following page lists all inconsistencies, sorted in chronological order by the episode they appear in.

Since this prequel game was made by a different developer, consistency issues also exist between this prequel and the original Life is Strange.

A illustration of the train from the prologue scene of the first episode in Chloe's journal appears to be flipped, making the word "Oregon" and the numerals "1337" appear back to front. 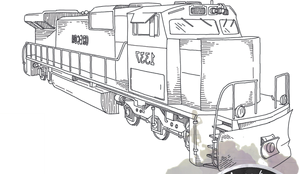 When Chloe looks at her computer and sees the picture of Rachel and herself, she is using the social media "nodface.d9" (a reference to DONTNOD, Deck Nine and Facebook). Later, Victoria mentions that the picture in question was seen by everyone because it was posted on Facebook, not Nodface.

After Chloe uses Rachel's nail file to unscrew the plaque dedicated to Martin Lewis Prescott, she throws the nail file to the ground. Afterwards, it has disappeared.

In one of the drawings in Chloe's letters, Rachel is drawn wearing a t-shirt with palm trees on it. However, Rachel only wore a plain red t-shirt after having changed her clothes in the drama lab.

The explanation is that in early builds of the game, Rachel was wearing a red t-shirt with palm trees on it, as confirmed by leaked pictures. 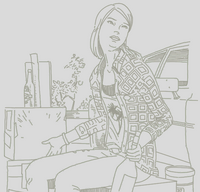 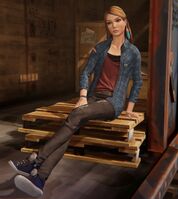 Rachel's t-shirt from an early build

Placemat in the Junkyard

The Two Whales Diner placemat found in the junkyard looks very different once zoomed: two whales on a white background instead of two whales in the ocean, with Arcadia Bay and its lighthouse in the background.

Rachel wears two feather earrings (one in each ear) in the black and white photo booth photographs that can be looked at in both the original game and Before the Storm. However, during the ending montage of Episode 3 "Hell Is Empty," Rachel's character model only wears one. This creates an inconsistency within the game itself and also with the original game.

The plate behind the bar at the Old Mill.

Typical Oregon license plate showing the year sticker is located to the bottom-right.

On the 7th line of the periodic table seen in Chloe's room, the elements "Nh, Mc, Ts, Og" can be seen. These four elements got an official denomination by the IUPAC in June 2016: nihonium (Nh), moscovium (Mc), tennessine (Ts), and oganesson (Og).[1]

Before the Storm taking place in 2010, the four elements should have had the old names: ununtrium (Uut), ununpentium (Uup), ununseptium (Uus) and ununoctium (Uuo).

Most likely, the developers referenced a too recent periodic table to make their own.

A poster hanging at Chloe's wall looks similar to a promo image for the American movie version of The Girl with the Dragon Tattoo, which was released in 2011. While it made sense to be in Chloe's room in Life is Strange, in 2013 when it was already released, it doesn't make sense to be existent in Chloe's room in the prequel, one and a half years prior to the movie's release. 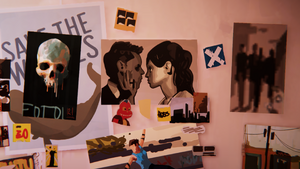 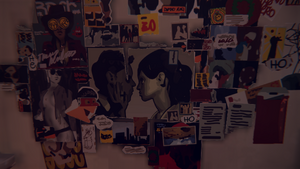 While watching people at the Overlook Park in Episode 1, Chloe and Rachel can "voice-over" a conversation between a couple holding hands. One of its variations is as follows:

Chloe: After this, wanna come home and listen to my Spotify playlist?
Rachel: Is it the kind of listening where you have to get under the covers to really appreciate the music?
Chloe: Yes! And clothes really mess with the acoustics, so..

Spotify was made available in the US only on July 14, 2011.[2] A possible explanation would be Chloe just using a proxy to access the service in other countries.