The Investigation Files are the files and clues that Max Caulfield and Chloe Price gather and use in their investigation of Rachel Amber's disappearance and Kate Marsh's viral video that leads them to reveal the Dark Room Conspiracy in Life is Strange. They consist of David Madsen's secret surveillance files gathered during during his investigation at Blackwell, Frank Bowers's drug dealing logbook and several belongings of Nathan Prescott, in particular his secret phone. Principal Wells' files aid their interest in the topic.

Max can find a binder of David's secret files in his garage, which include pictures of Kate Marsh and a record of her actions throughout the week prior to the game's events. She can also discover that David installed hidden cameras inside the Madsen household.

Overheard Kate and Dana W. talking about supplies for Vortex Club party. Drugs?
Watched Kate with her church group. She knows her bible.
Kate stays in bathroom longer than other students. Drugs?
Saw Kate helping Jefferson after class. Don't trust grown men with goatees.
Kate has kept to herself since Vortex Club party. Not even church. Drugs?

Tried to talk to Kate about the party. She got upset and ran. Guilty.

When Max and Chloe investigate Frank's RV, Max find a binder with photos and letters of Rachel behind a ventilation grid. She confronts Chloe with it causing her emotion breakdown.

Max investigates David's laptop and locker. They reveal that David has been behind Rachel for some time. David has a map for locations of security cameras for Blackwell Academy and Pan Estates. With the help of David's investigation, Frank's logbook and Nathan's phone, Max is able to track down the Prescott Barn, leading her and Chloe to the Dark Room and find out about the Dark Room victims.

The coordinates as a custom Google Maps overlay.[2]

Put together, the clues for all the vehicles enable to find the coordinates for the Two Whales Diner, the junkyard, the beach, Blackwell Academy, the old barn, the gas station and Chloe's house. Some of them also require creating a list of chronological events. All coordinates from the investigation correspond to the middle of Tillamook Bay, Oregon.

Location clue on the Prescott Barn. 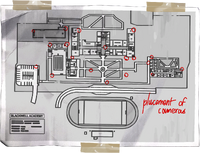 Nathan's car has a damaged left light indicating his number plate to be "SXFTNDR".

Clue 1 from the investigation board

Clue 2 from the investigation board

GPS sheet 1 from the investigation board (Jefferson's car)

GPS sheet 2 from the investigation board (Nathan's car) 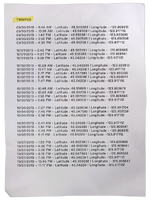 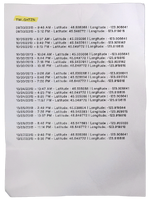 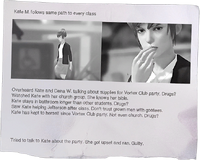 Photos of Max are also featured in the investigation.

The third SMS describes Frank's delivery of drugs to a special location on the 4th that was used on Kate. 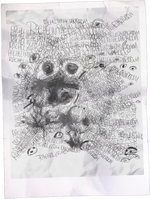 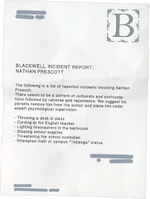 Some scribbles by Nathan.

Conversation between Nathan and Frank #1.

Conversation between Nathan and Frank #2. 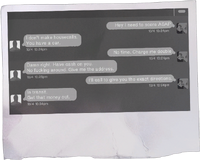 Conversation between Nathan and Frank #3.

Conversation between Nathan and Frank #4.

Conversation between Nathan and Frank #5.

The 4th page and the 6th clue indicate Frank's drug delivery to Nathan. 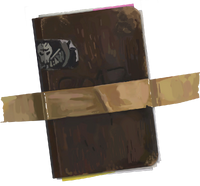 Photo of Rachel and Frank. 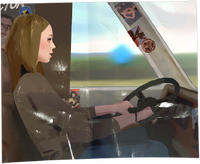 Letter from Rachel to Frank #1.

Letter from Rachel to Frank #2. 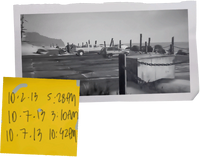 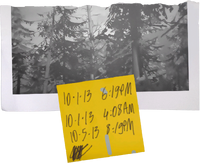