Life is Strange Wiki
Register
Don't have an account?
Sign In
Advertisement
in: Article stubs, Crew, Writers,
and 6 more
English

Cano has writing experience in various fields including comics, cartoons, film, video games and, early in his career, journalism.

In 2004, Cano directed the French film The Snail.

From 2008 to 2011, Cano worked for the publisher Editons Soleil and wrote four book volumes, including the first volume of Zak Blackhole and volume three to five of 42 Agents intergalactiques.

In 2008, Cano started to work for Dontnod Entertainment and created their first game, Remember Me, as part of the narrative team, cinematic director and motion capture director.

From 2009 to 2011, he wrote the script for two cartoon series that were aired on the French channel "Canal+ Family", Diego & Ziggy and Mon robot et moi ("My Robot and Me").

In early 2013, Cano started his work on Life is Strange as part of a small team of around fifteen people working on the prototype of the game.[1] TBC

In 2013, he also worked as a writer on the second volume of the comic Elric.

Next to his work as motion capture director on Dontnod Entertainment's Life is Strange, he assisted OSome Studio in directing the motion capture for the game White Night from 2013 to 2014 as well as the studio Parallel Studio in creating Dark Days in 2016.

Since January 2016, Cano has been working on the second season of the Life is Strange franchise and its spin-off game, The Awesome Adventures of Captain Spirit. 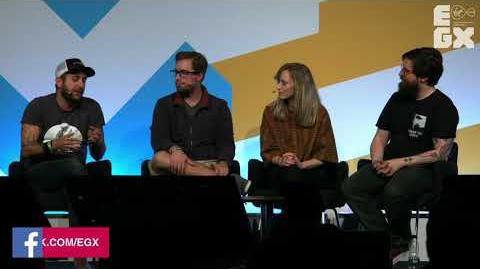