Life is Strange Wiki
Register
Don't have an account?
Sign In
Advertisement
in: Community, Theories, Lore,
and 3 more
English

View source
watch 02:59
Metroid Dread - The Loop
Do you like this video?
Play Sound

This article describes theories and speculations regarding the events and characters of Life is Strange, including the Dark Room events, the strange phenomena of Arcadia Bay, Max Caulfield and her powers, specific characters and their involvements, and the outcome of the final episode, "Polarized".

You can leave a comment with your own theories or additional ideas or add them directly to the list. You can also discuss your ideas and other theories on the discussion board.

Blue Jay also travels to the land of the dead frequently, which makes sense as Chloe frequently dies and is heavily associated with death colors and motifs. Blue Jay is finally at peace with his death, appreciating the world of the dead only after he is finally gone. This could be symbolic of the end to Chloe's emotional suffering after her death, and possibly the end of her physical suffering in the alternative timeline. (This could also be a hint to the theory that Chloe is actually meant to die, disregarding Max's constantly saving her.) The Blue Jay in the game frequently dies, and Max is given the task of saving it. In Joyce's bedroom in Chrysalis, downstairs in the Madsen household in Chaos Theory, and again in Dark Room, we find a Blue Jay and are given the option to save it or not. This is hugely symbolic of Max's constant choice of whether to save or abandon Chloe.

Note: These are theories developed prior to the release of Episode 5: Polarized.

There were some theories about Jefferson being responsible in some way for the disappearance of Rachel Amber, and possibly the drugging of Kate Marsh before he was officially confirmed to be the orchestrator of the Dark Room events. His black and white photography focuses on sexualized young ladies at the height of their innocence; highly suspicious. His work focuses on innocence but is similar to the tortured black and white images in Nathan's room, as well as in the Prescott Bunker. His words from Episode 1, "Seriously though, I could frame any one of you in a dark corner, and capture you in a moment of desperation.", also seem to be a clear foreshadowing of him primarily being involved in the dark room events.

His profession's association with "Dark Rooms", used to develop photographs, fed the theory that Nathan's drawing of "Rachel in the Dark Room" from "Chaos Theory", is related to him in some way. This combined with the rumor about Jefferson and Rachel engaging in sexual relations, all led to Jefferson being involved in the suspicious incidents at Blackwell. It also was speculated that unrequited feelings of love could be involved.

After it was clear that Kate Marsh was drugged, and dragged to the underground photography studio bunker in order for her photograph to be taken in compromising and vulnerable positions, it was highly implied that Jefferson is in part responsible for this; as well as being responsible for the photographing of many other victims, as well as the photographing and death of Rachel Amber. This was supported by his behavior towards Kate when she was crying to him and asking him for help, and he told her to knock off the "martyr act" and blamed her for what has happened. He was rumored to have slept with Rachel, and he claimed "Kate was nothing like Rachel" in a vaguely sinister manner while talking to Max.

There was also a strong possibility that he was associated with Nathan Prescott, due to Nathan's link to drugs and his known involvement in the Vortex Club Parties. The bunker was clearly paid for by Sean Prescott, linking the family to the victims, as well as to Jefferson.

As of the end of Episode 4, Jefferson was already most likely responsible for kidnapping Rachel and Kate, along with various other students he keeps logged in files. It was not fully confirmed whether he and Nathan Prescott are working as a team, although the fact that these crimes took place on in a bunker owned by the Prescott family, made this a strong likelihood.

To convince victims to come to him, Jefferson could have stolen Nathan's phone and used it to message them, such as the text Chloe received from Nathan in the end of Episode 4. The text was well-written and literate, unlike any texts sent by Nathan earlier in the game. The game also seems to canonize that he sent the text and attempted to frame Nathan in other ways as well, including planting Victoria Chase's bracelet.

While Mr. Jefferson has been revealed as the orchestrator of dark room events, many fans still speculated over his true motives. Many simply believed that he was using young women to his advantage in his photography in a deal with the Prescotts. Others believed that he had a much more complex and sophisticated role in the series and that not all was as it appeared to be. Fans continued to point out pieces of information which didn't seem to all add up to what Mr. Jefferson is doing in the dark room, for example:

Theories ranged from him knowing about the end of the world and aiming to prevent it, to being a psychopathic serial killer.

A common flawed speculation was that Mr. Jefferson was actually Sean Prescott, Nathan's father. There are two major factors which proved against this theory. The first was the photograph of a young Nathan as a child with his father Sean which can be found in Nathan's dorm room. The second was that during the End of World Party Luke mentions that he met Nathan's father once and described him as a "Mean bastard" - if it was actually Jefferson then Luke would have instantly known.

Another popular theory was the belief that Mr. Jefferson, like Max, had time control powers and/or knew about Max's own abilities; hence why he chose to sedate her in order to prevent her from using her powers to rewind time at the end of Episode 4. This also was considered an explanation as to how he managed to get to the junkyard extremely quickly at the end of the episode, as Chloe and Max left the party Mr. Jefferson was still speaking on stage (this logic is flawed, as if he could rewind time and not do his speech, Max wouldn't see the speech.) although this has been dismissed merely as Mr. Jefferson driving a faster vehicle. Besides from Chloe, Mr. Jefferson was the only other character who is hinted to know about Max's powers throughout the game. Jefferson's very first line from Episode 1 makes a distinctive link between time and photography mentioning Alfred Hitchcock's "little pieces of time". His constant mentioning of Max's "gift" in Episode 1 could have implied that he somehow knew about her abilities, but it was just a foreshadowing to Max having such special abilities. Furthermore, it was speculated that he could aim especially for girls with those rewinding powers, and as Rachel could have also had those he killed her and now was trying to kill Max.

There has been much debate on who called Jefferson in Episode 2, but it was never revealed. During the Square Enix charity livestream, when the fans asked about the identity of the caller, DONTNOD did not reply.

Note: These are theories developed prior to the release of Episode 5.

Note: These are theories developed prior to the release of Episode 5: Polarized.

There is some speculation that Warren Graham's character actually has a darker side than is apparent at first sight. It suggests that Warren could possess a violent nature along with a strong desire for a sexual relationship with Max rather than a romantic one. It is based on the following observations: 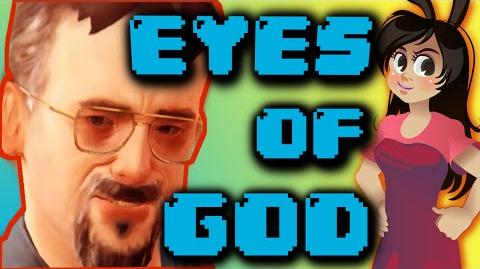 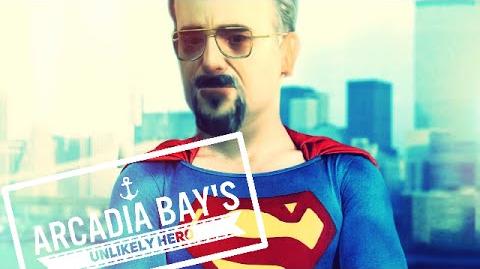