"My dear, what if I told you that the entire fate of the production rests upon your slender shoulders?" — Travis Keaton to Chloe

Travis Wilbury[1] Keaton is the drama teacher at Blackwell Academy in Life is Strange: Before the Storm. He directs the school play The Tempest.

Mr. Keaton is first seen directing a rehearsal of the school play, The Tempest, with Dana Ward and Hayden Jones in the drama lab. He becomes visibly upset with Hayden after he misspeaks one of his lines, claiming that he had weeks to be off-script. After the scene finishes, Rachel Amber and Chloe Price enter the room, where he expresses his favorable opinion of the costume that Rachel's mom had altered.

Dana asks him about the line, "My affections are then most humble; I have no ambition to see a goodlier man," which she and Hayden have had trouble understanding. Chloe is dragged into the debate by Rachel to get a "fresh perspective" on the matter. If Chloe says that "Miranda's an idiot because falling in love is stupid," Mr. Keaton tells her that her point is well taken.

Chloe meets Mr. Keaton again at the campus backstage at sunset. The Tempest is going to start in a few moments, but Juliet Watson, cast as Ariel, can not make it in time due to the forest fire closing the roads. Mr. Keaton panics at this and is initially going to cancel the play, but Rachel Amber proposes Chloe as a temporary understudy for Juliet. Mr. Keaton agrees, despite Chloe's unwillingness to take the role.

"No, don't apologize to me. Apologize to your scene partner, who's been very accommodating, and to your other fellow actors, and most of all, to yourself—"
— Mr. Keaton to Hayden in "Awake"

"Budding dramaturge, may your propitious appearance counteract the tragedy of Stephanie Gingrich's sudden recusal. An emergency, she says!" - "Uh... Word." - "Stephanie was our lion of the lightboard. But, platitudinal though it may be, the show must sojourn forth." - "(thinking) That dude is...weird."
— Conversation between Mr. Keaton and Chloe in "Brave New World" 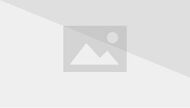