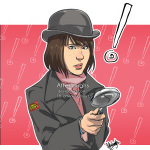 Hi, I'm admin on the Life is Strange Wiki and a huge passionate fan of Life is Strange for over 3 years. If you have any questions or requests, you can contact me on my message wall. 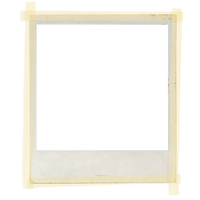 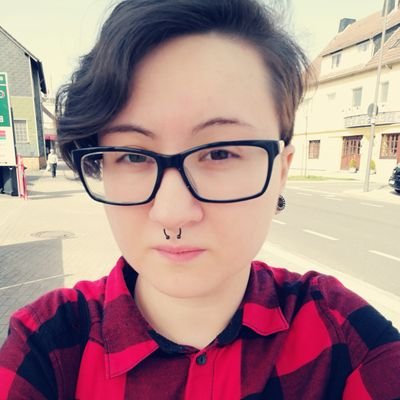 My Life is Strange story:

"I first played Life is Strange in October 2015. Before even finishing Episode 4 that was out already back then, I was captivated and started working on the Life is Strange Wiki. I accidently got myself spoiled of course! Since then, Life is Strange has been my passion and the most impactful influence media-wise. Life is Strange and Dontnod inspire me to write and create myself."

Edits to take care of later:

- Almost every major choice in the series is founded on empathy, on considering how your choices affect these characters who, due to their writing, easily feel like real people. - It has always challenged its players to understand others more, to treat them with compassion and be aware of the consequences of our actions. - His hope is that “it does help bring more empathy to the world because that’s what Life is Strange is about—it’s about empathy for people that you’re not.” - an especially compelling and important story given the current political climate in the United States. While the game began development before the election of Donald Trump, this decision to tackle such an intense and relevant social issue was deliberate. - “Life is Strange is always about dealing with social-cultural issues and dealing with, hopefully, a somewhat diverse cast of characters,” says Divine. “And so it was important, I think, to [lead writer] Jean-Luc [Cano] and the team to expand our character base, too—to move outside of it. We all love Max and Chloe and we all loved writing them and creating them. But now there are other people that are taking over.” - “Having characters that are non-white as leads is a unique situation in games,” Divine points out. Life is Strange is a series that doesn’t and won’t shy away from embracing its politics because “games are diverse, the world is diverse, and games are going to have to reflect that diversity—and it’s important to. That’s just a natural progression of art.” - Empathetically reflecting the diversity of the world in which we inhabit requires engaging with what it means to be a marginalized person and experiencing the world through their eyes, as much as that’s possible. - the last U.S census, conducted in 2010, found that white people made up 66.3% of Seattle’s population, with Latinos of any race accounting for only 6.6% of Seattle’s residents. Says Divine, “You can walk into a place in the Pacific Northwest and be the only person of color in town. When you start from that, what would that be like? And then it’s also based on what’s the character, what’s the story? Sean Diaz, how is he seeing this based on where he grew up? And how does [Sean and Daniel’s father] Esteban? Esteban sees things differently than Sean because he came from a different background. All this comes into play into how you write these characters and it’s up to the audience or the reader or the player to decide if it sounds true and if it doesn’t work.” - “Language is messy,” says Divine, “and so one thing that I think we’re pretty good at in Life is Strange is this kind of naturalistic dialogue. Dialogue is tricky in games because you’re trying to impart information and character and gameplay, so the dialogue has to multitask in a lot of ways. In the end, it has to sound interesting and it has to make sense for what’s going on in the game, too. It is something that we do spend a lot of time on.” - To achieve such natural dialogue, Divine says Dontnod relied on the people of color on the writing team to make adjustments along the way. -...

Blury vision. A … is distinguishable.

Max moans lifting her head that leans on her shoulder. Chloe...? She looks around in disbelief. What... Where... The Dark Room...

In front of her is a camera focused on her, right next to her a trolley with a red binder, another foulder, photos, drugs, syringes and water.

Looking around her she/the player spots Victoria lying dosed on the floor left next to Max.

Is anybody out there? Please, help!

Max can look around trying to find a solution. Interacting options:

She forcefully tries to free herself, but the manacles do not move. These straps hurt.

Look at the trolley, and Max pulls it to her with her right feed. Options:

White screen. Blurry vision. Max awakes slightly conscious, lying on the same white floor her hands tied together, Mr. Jefferson crouching in front of her with a camera taking pictures.

„This angle hightlights your purity, see?“

He gets up, walks to the left. „The slightly unconscious model is often most open and honest.“

He steps around her, gazing at her and positioning her. „No vanity or posing, just... pure expression. Oh Christ... Look at that perfect face.“

He takes another shot. Max regains more and more consciousness and moves a little. Jefferson shouts at her, „Hold that stare there! Stay still!“

Jefferson springs to his feet, evidently furious. „Oh, Max! You fucked up my shot! ...But please don't worry, we have all the time in the world. For now.“ He looks at the last photo he took, and turns back to Max.

„I knew you were special the second I saw your first 'selfie'.“ He takes a few other shots and continues, „Yes, I still hate that word. But I love the purity of your own image. Not like Rachel, who was always looking in the wrong places. Poor Rachel. Wait... Let me try this angle."

He leans over her from the left side. Max moans. He pushes Max's shoulder. „Don't move.“ He takes more shots, and positions himself once again in fronf of her crouching.

„Oh, much... better. Thanks, Max. If only Nathan could see this set-up. He tries so hard, but you can't just throw a few subjects around and expect a cohesive style or theme. But he had an eye for shadows. And an eye for a whole lot more, as his elite family will find out... along with Arcadia Bay.“

He walks along her, and moves her head a bit while she is still moaning. „Nice... Good... Oh, those eyes.„

„It's just too bad your're so goddamn nosy, Max! But this room is under 24/7 surveillance, so all I had to do was text you from Nathan's phone, and you fell right into my hands. You really should have focused on schoolwork, not 'private detecting' with your little—friend.“

„Chloe, right. Yeah, I'm sorry that I killed—that Nathan killed her in self-defense. But she had a troubled history like most Arcadia Bay drop-outs. Nobody will be surprised, or care. Though I promise people will care when you die tonight, Max. I wasn't lying when I said you have a gift.“

He crouches in again in fron of Max and focuses on her. „Okay. Now this looks good.“ He lies down on his stomach sustaining on his ellbows. „Maybe a few more close-ups...“

Max moves again. Jefferson stands up. „Max, please do not move so much. I need you posed and framed my way!“

Retrieved from "https://life-is-strange.fandom.com/wiki/User:Meyerliane?oldid=104560"
Community content is available under CC-BY-SA unless otherwise noted.